If it were judged by normal criteria, the Vatican would surely appear insignificant as a state. And yet this little city is the capital of no less than the largest spiritual “kingdom”in the world. A kingdom of which 950 million Roman Catholics, spread throughout all the world’s continents, are full-fledged members. The Vatican is their “communal home” not only because it is the center of the Holy Apostolic Roman Church, but because the pope, their visible head, resides there.

The place is so small that it could be the property of a single family. In fact, during the day it is impossible to enter the Vatican without a specific reason. By 8:30 pm all five entry gates are shut, with the exception of the St.Anne Gates which remain partially open until midnight. But on the side facing the main square (which is always open), the city can be said to be the most visited in the world. No other capital can claim such a level of interest because none can compete with its extraordinary concentration of art works. It was here, after all, where artists of the caliber of Bramante, Raphael, Michelangelo and Bernini had their workshops.

And yet, the tens of thousands of masterpieces kept in the basilica, in the Apostolic Palaces and in the museums—not to mention the vast patrimony contained in the libraries and archives—cannot wholly explain the inordinate hold that the Vatican exercises over hundreds of millions of people around the globe. For this is truly “an immense state of souls rather than persons”—a point of reference to which humanity turns for its spiritual bearings. 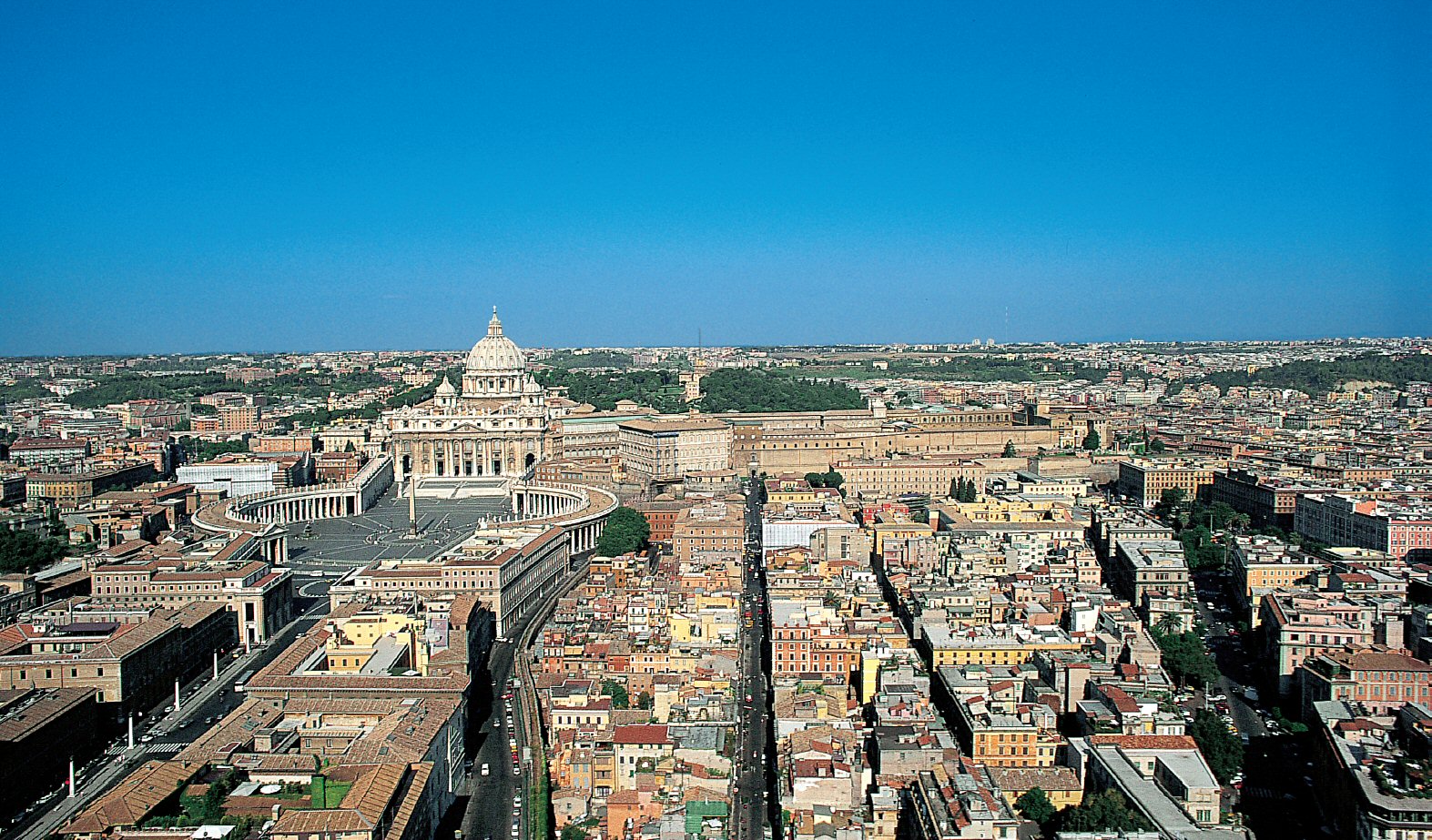 “From St. Peter to the present day, there has been a direct line through the winding history of humanity,”wrote Paul VI. “No other voice but that of the apostle has spoken more coherently of brotherhood, liberty, human respect, disarmament, love, moral and civil progress.” Pilgrims come here in order to pray in St. Peter’s Basilica and to see the Holy Father. Videre Petrum—that is, seeing Peter, is an aspiration of faith that springs from the deepest regions of the soul; it connects the Prince of the Apostles to each of his successors.

To each of them in turn the Lord made his sublime promise: “Thou art Peter and upon this rock I will build my Church.” No one is a foreigner in this city. Everyone feels at home inside these walls and within the embrace of the great colonnade. At the same time, each of the more than ten million pilgrims who journey here every year is aware of a sense of mystery that hovers over everything. It is something far bigger than these stones, bigger than the spacious square, the immense basilica, all the gilded palaces. The Vatican lifts the soul. Its solemn and sacred sites give us the feeling that there is something superior to the man-made world.

The basilica and its connected palaces are the outer garment, as it were, of a spiritual reality; similarly, the visible structures of the Church contain the invisible sources of grace within. Here we cannot be tourists simply viewing art works. We are walking in the steps of generations of Christians who have preceded us in the course of centuries. We are never alone in the Vatican.We are in spiritual company that extends back over two thousand years.