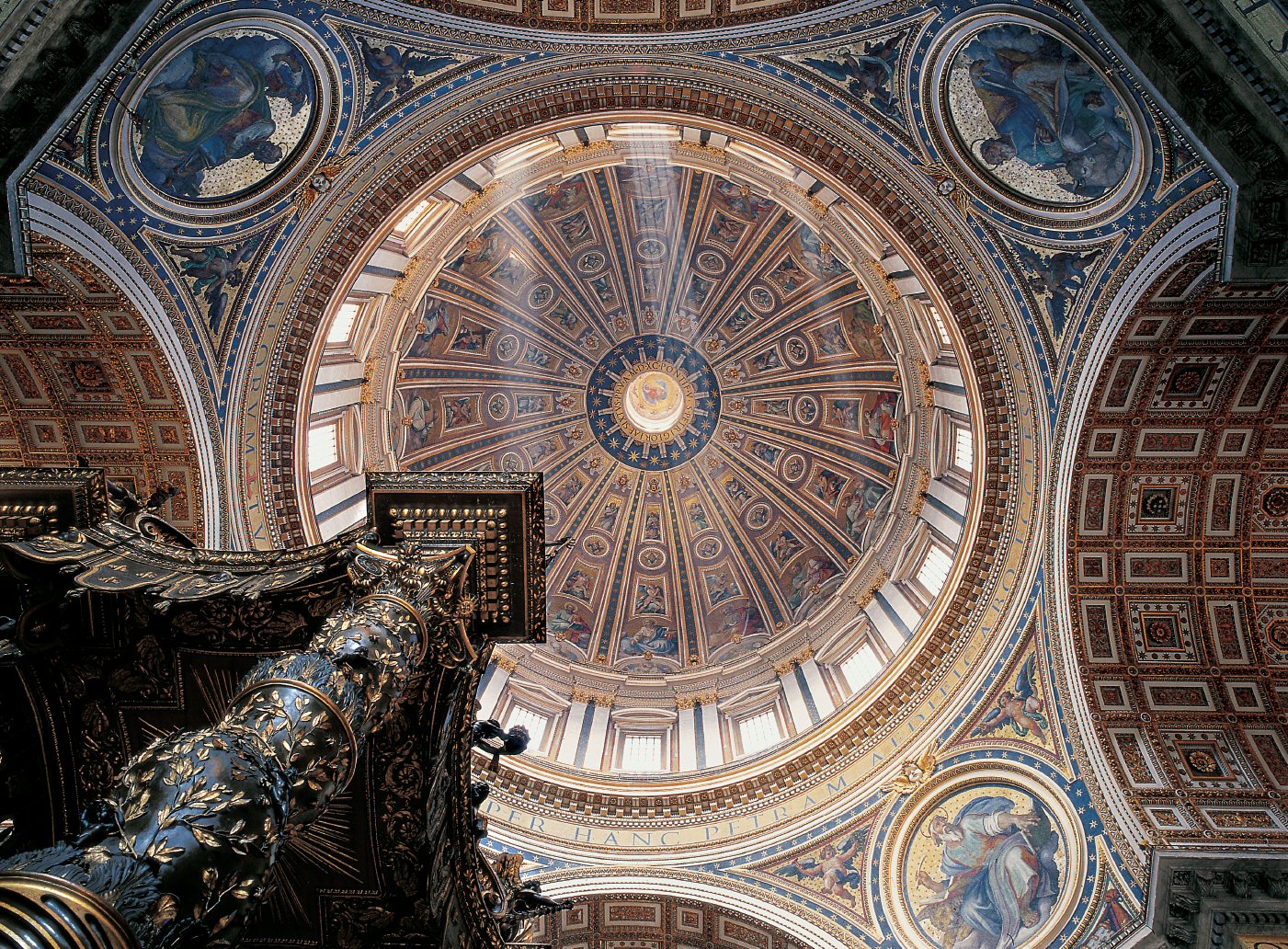 The cupola designed by Donato Bramante had been included in the original construction plans for the new basilica. The Rovere pope Julius II laid the first stone on April 18 th, 1506 below the column of Veronica. At Bramante’s death in 1514 only the piers (with a perimeter measuring 71 meters) and the huge connecting arches (44.8 meters high) had been completed. Michelangelo worked on the construction of the dome’s tambour from 1546 until his death in 1564. In 1590 Giacomo della Porta and Domenico Fontana completed the vault; the following year they finished work on the lantern.

On the inside the mosaics were composed at the end of the century from cartoons by Cavalier d’Arpino; the scenes depict the circles of Paradise with God the Father at the summit. In the eye of the lantern there is an inscription dedicated to Sixtus V, under whose patronage the work was completed. From the floor to the top of the cross the cupola is 136.57 meters high; its interior diameter is 42.56 meters.