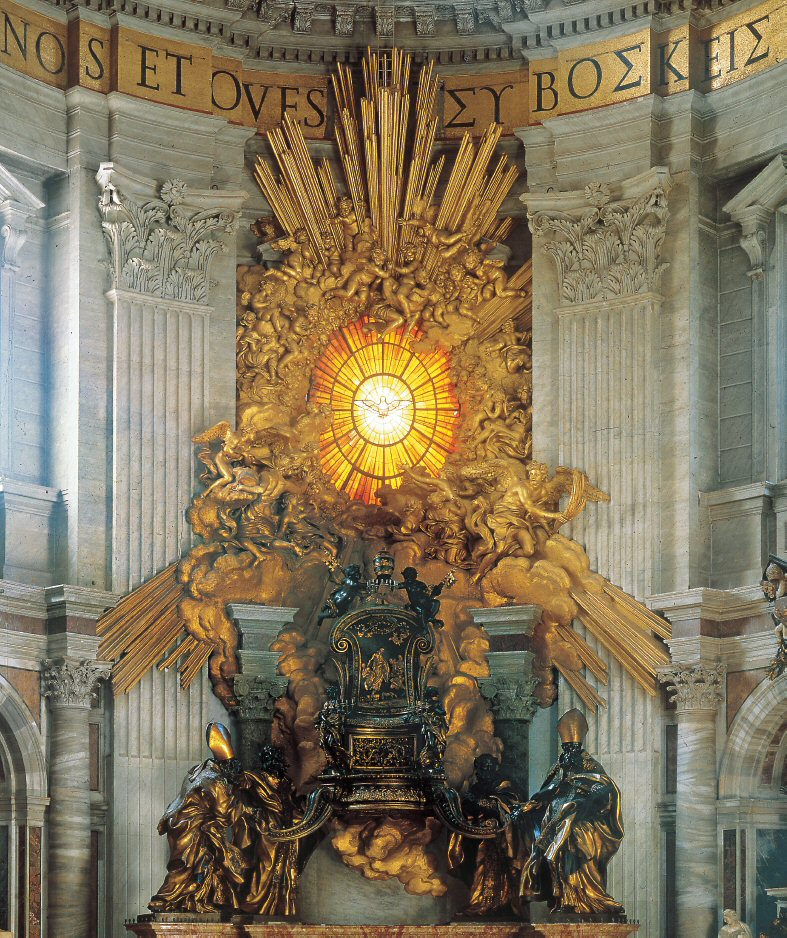 Cathedra of St. Peter in Glory. This enormous reliquary, designed and built by Bernini in 1658-66, surrounds the throne that tradition attributed to Peter. The four Doctors of the Church stand at the base of the chair: two Western ones, Ambrose and Augustine (wearing miters), and two Eastern ones, Athanasius and John Chrysostom.

With this magnificent, phantasmagoric work, the artist terminated the decoration of the basilica. It was at once a triumph of the Baroque and a celebration of papal primacy. Almost exactly a century and a half had passed since the first stone of the vast temple was laid (April 18, 1506); its construction was the spark that ignited Protestant reaction.